Home
Psychology
Half of hospital doctors ‘will suffer burnout’ 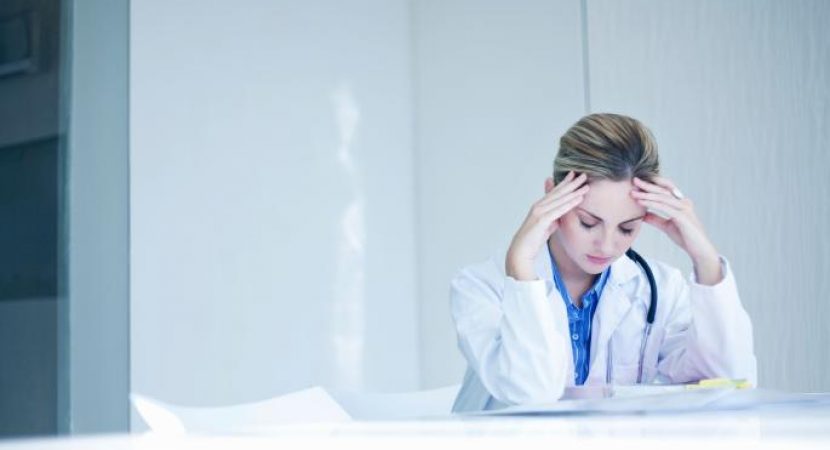 More than a third of doctors working in Ireland’s hospitals experience psychological distress in their job and more than half are likely to suffer from burnout and a poorer work-life balances than colleagues in other countries.

A study to assess the wellbeing of hospital doctors found almost a third had less than optimal mental health and only 34 per cent had no evidence of mental health problems.

The report by the Royal College of Surgeons in Ireland examined how almost 1,750 hospital doctors, including consultants, senior house officers and junior doctors felt about their work.

It found a high prevalence of psychological distress and low levels of wellbeing among medical staff: 52 per cent of doctors reported high levels of burnout or emotional exhaustion.

Consultants and trainees with a negative experience of work had high levels of emotional exhaustion, over-commitment and effort-reward imbalance, the study said.

The level of probable mental ill health was highest among junior doctors with more than 42 per cent displaying evidence of psychological stress.

The report’s author, Dr Blánaid Hayes, a consultant occupational physician at Beaumont Hospital, said that psychological stress levels among hospital doctors was nearly three times that of the general population.

“The prevalence in trainee doctors is a cause for grave concern,” said Dr Hayes, who is also dean-elect of the faculty of occupational medicine at the Royal College of Physicians of Ireland.

The research also found that 7 per cent were classified as having severe depression; 6 per cent had severe anxiety and almost one in ten suffered severe stress.

The first major study of the mental health and wellbeing of medical professionals in Ireland found that hospital doctors worked on average 57 hours per week, ranging from just over 54 hours for consultants to 61 hours for senior house officers.

Three-fifths of doctors surveyed said that their work situation did not leave them enough time for their family or personal life.

Only a fifth did enough exercise for it to be beneficial to their health, and a quarter were inactive.

One in ten doctors admitted to binge drinking and three in ten were considered to have engaged in hazardous drinking patterns.

One in ten also smoke, although many do not smoke every day.

Dr Hayes said that a sense of duty among doctors meant that they were reluctant to burden already busy colleagues by taking time off when they were ill.

“When staffing levels were low and posts unfilled, it is likely that doctors are presenting for work at times when it would be to the benefit of colleagues and patients alike that they would be off work,” said Dr Hayes.

She said the study revealed a group of highly skilled employees who work long hours at high intensity and whose stress levels reflected “lack of control, high demand, low support and role conflict.”

Dr Hayes said that it was surprising that doctors did not necessarily associate workplace stress with the number of hours they worked.

“In my experience it is not the long hours of work which are the main problem for trainees, but rather the expectation that they manage problems with inadequate support,” she said.

The study also indicated some disillusionment among doctors with their career as the desire to practice medicine had declined for three out of five doctors since they graduated.

Nevertheless, 71 per cent still had a strong desire to continue to work in the medical profession.