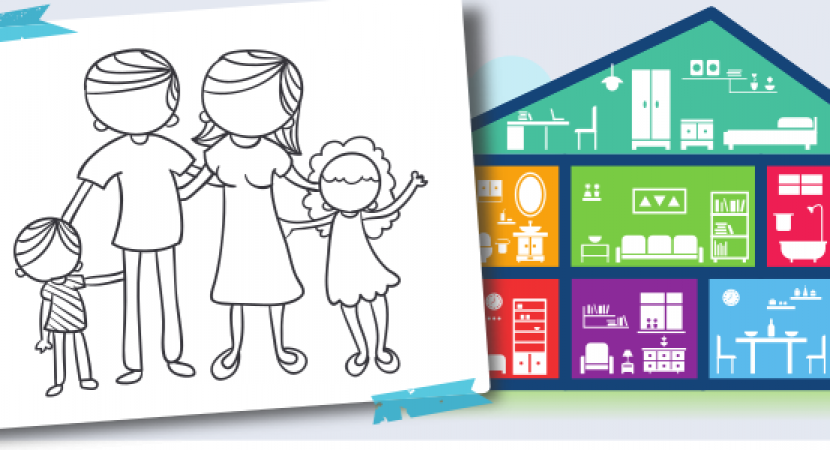 At times this year it felt as though there were more strategies, proposals, meetings, workshops, press releases and photo opportunities than houses built by councils.

As there were just 117 houses built to date, this is probably true.

Former housing minister Alan Kelly started the year with his Orwellian “mandatory guidelines”, designed to avoid Dail scrutiny over a reduction in apartment-size standards. Unfortunately, neither the detail of the apartment sizes nor the supporting financial appraisal worked. Officials calculated a profit of just €1,500 per apartment under the new measures. Indeed, a unique perspective on numbers has been a theme in Irish housing this year.

The 28-day modular houses in Poppintree, in Dublin, took five months to build. Their cost started at €100,000 each, but ended up at nearly €240,000, and they were 8 metres smaller than the minimum prescribed size. Housing minister Simon Coveney confirmed a cost of €180,000 for a three-bedroom social house in Dublin, excluding VAT, so what exactly did Dublin city council pay for?

The government did not like the numbers in the Central Bank’s lending limits, so it sought to circumvent them with a first-time buyer’s grant. The sales prices of new houses increased, soaking up taxpayers’ money.

Census figures from the Central Statistics Office (CSO) showed we had “completed” 51,000 houses, but added only about 19,000 to our total housing stock. We appear to have lost 32,000 houses. Where have they gone?

The Department of Housing’s method of measuring house completion differs from the CSO. It uses connection to the ESB grid, despite the 20% or more margin of error, so the recorded numbers of houses built annually is iffy.

Another disappearing number is that of local authority housing. There are some excellent initiatives in the Rebuilding Ireland programme for housing recovery, such as Repair and Leasing and Buy and Renewal, but it’s hard to find out how many houses local authorities will actually build, rather than acquire, refurbish, rent or have built by others.

This is important because if the state is “acquiring” housing, rather than building, it is competing with its citizens, or paying others to deliver on its behalf, which is an expensive waste of taxpayers’ money.

A further theme has been the persistent adoption of free-market housing solutions, seemingly oblivious to the fact that governments frequently spend more helping the free market to deliver housing than it would cost them to build houses.

Democracy also bears a cost: it is now proposed to send planning applications for developments of 100 or more homes directly to An Bord Pleanala, bypassing meaningful local observation. This proposal is in a bill alongside some fairly tokenistic “protection” measures for tenants, applicable to a mere 0.5% of landlords.

As a way of bridging political differences on an important issue, the all-party Committee on Housing and Homelessness was a good idea, but not enough of its recommendations have been adopted so far.

The final notable theme of 2016 has been the transfer of wealth to the private sector. The first-time buyer’s grant will go straight to the developer’s pocket via higher sales prices. A lowering of planning standards means developers will squeeze more units into their plans, land will rise in value and profits will increase significantly, but there will be no guarantee of any cheaper housing being built.

Then there’s Nama, selling apartments for knock-down prices to tax-efficient funds from Ireland and overseas, as the numbers of homeless people rise and rents rocket. The Achilles’ heel of the housing year, though, is the notion that more houses will lead to lower prices and rents. This concept, which underpins all housing policy, is a risky one: demographic changes, smaller household sizes and tighter credit controls all mean cheaper housing is far from certain.

As Daniel Bentley, of the London School of Economics, points out, developers can’t afford to sell below market value. “This means that housing supply rarely places any downward pressure on prices, while builders are constantly yearning for more demand in order to keep output going.” Given all that, I suspect we’ll still have much to discuss this time next year.