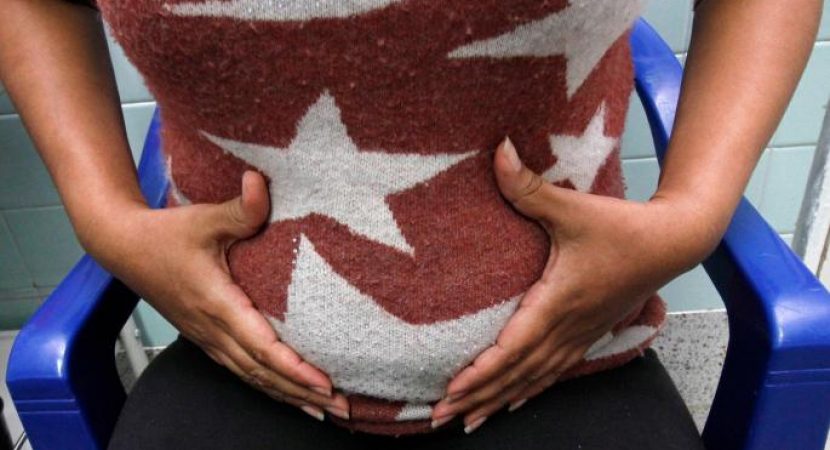 Women who have miscarriages can suffer symptoms of post-traumatic stress disorder such as flashbacks and nightmares years later.

Four in ten women who have a miscarriage go on to develop PTSD, research indicates. The flashbacks and nightmares may not begin until months or even years after the event, according to the study.

Many women suffer in silence because their miscarriages occurred so early in pregnancy that their family and friends were unaware that they were expecting.

Experts from Imperial College London assessed more than 100 women who attended the early pregnancy assessment unit at Queen Charlotte’s and Chelsea hospital, west London, for symptoms such as pain or bleeding.

The majority of the women in the study, published in the journal BMJ Open, had suffered a miscarriage, defined as the loss of a baby before 24 weeks, which affects one in four pregnancies in Britain.

Three months after their miscarriage, 45 per cent of the women in the study reported symptoms of PTSD, which caused them to relive the events through flashbacks or intrusive thoughts or images appearing at unwanted moments.

Women in the study who had ectopic pregnancies — a much rarer condition that ends about 90 pregnancies a year — were 18 per cent more likely to experience PTSD after three months.

Both groups of women with PTSD reported regularly re-experiencing the feelings associated with the pregnancy loss and suffering unwanted thoughts about their miscarriage.

Some women also reported having nightmares or flashbacks, while others avoided pregnant friends and relatives or anything that might have reminded them of their loss. Nearly a third said that the symptoms had affected their professional lives and 40 per cent said that relationships with loved ones had been damaged.

PTSD is caused by frightening or distressing events and the symptoms — which can lead to sleeping problems, anger or depression — can start weeks, months or years after an event.

The team behind the research said the findings suggested that women should be routinely screened for the condition and receive specific psychological support after pregnancy loss.

Although the reasons for miscarriage are often unknown, there are some things that can increase the risk. These include being obese, drinking more than 200mg of caffeine a day — equivalent to about three cups of tea — and having a pre-existing medical condition.

Jessica Farren, the lead author, said: “We were surprised at the high number of women who experienced symptoms of PTSD after early pregnancy loss.

“At the moment there is no routine follow-up appointment for women who have suffered a miscarriage or ectopic pregnancy. We have checks in place for postnatal depression, but we don’t have anything in place for the trauma and depression following pregnancy loss.

“Yet the symptoms that may be triggered can have a profound effect on all aspects of a woman’s everyday life, from her work to her relationships with friends and family.”

Dr Farren said previous research has found that women who experience a stillbirth may develop PTSD, but hers was the first to look at early loss of pregnancy.

She added: “There is an assumption in our society that you don’t tell anyone you are pregnant until after 12 weeks. But this also means that if couples experience a miscarriage in this time, they don’t tell people.”

Jane Brewin, chief executive of the charity Tommy’s, which helped to fund the research, said: “This study gives a voice to many women who have suffered miscarriage in silence and the often significant consequences that follow.”