Home
Being a Parent
Pregnancy
My twin shock: pregnant, and then abandoned by my insurer 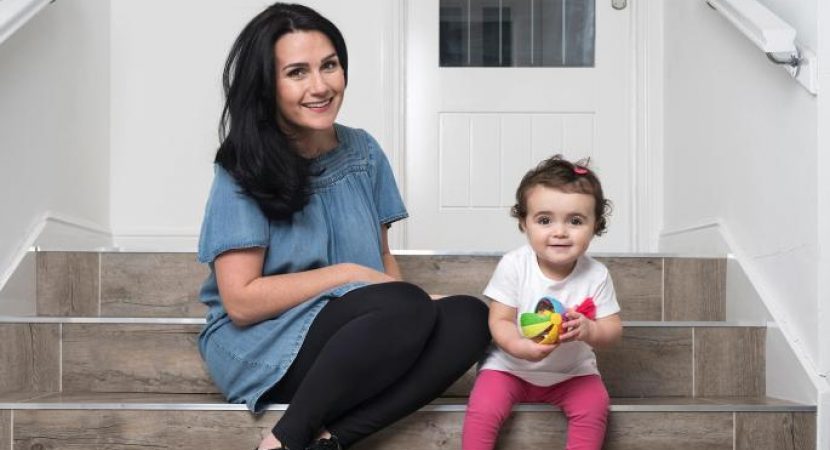 A doctor told Louise Kirwan she should cancel her holiday after she found out she was carrying twins. But NatWest disagreed

A leading high street bank has been likened to “an unsympathetic 1950s headmistress” for rejecting a travel insurance claim from a woman who booked a holiday before she realised she was pregnant.

When Louise Kirwan, 30, discovered she was pregnant — and expecting twins — her doctor told her she must not fly.

But her insurer, NatWest, refused to cover the cost of her family’s flights, saying in a letter to Kirwan: “Pregnancy is not an illness and therefore not a valid reason to cancel your trip.”

In September, she and her husband Adam, also 30, had booked a holiday to Tenerife with their daughter Polly, 14 months, as a treat in February to find winter sun. The flights cost a total of £719.

Kirwan, who works in public relations, believes she has been a victim of discrimination and said: “I feel people pick and choose when they say pregnancy is an illness.”

She has been a customer of the bank for a quarter of a century — her first NatWest account was opened by her parents for her when she was five. She and her husband have NatWest Platinum packaged accounts, which provide travel insurance and mobile phone cover for an extra £6 a month each. The couple, who live in Manchester, have never previously claimed on the policies.

Sean Tipton of Abta, the travel agents’ association, said: “This is a fairly unusual judgment. If you have received medical advice that you should not travel, then generally you should be able to claim on your travel insurance for any consequent cancellation charge.”

Holly Mackay, founder of the consumer adviser Boring Money, said: “NatWest is being very clinical and almost robotic. It makes it sound like an unsympathetic 1950s headmistress.”

What happened to Louise?
A few weeks after booking the holiday, she turned to her husband and said she felt “a bit odd”. She took a pregnancy test — and it was positive.

The planned holiday would have fallen in the 29th week of her pregnancy. Kirwan checked her airline’s policy, which said people could not fly beyond the 34th week of a pregnancy. She was relieved she could still make the trip.

Then the couple went for the 12-week scan. “We thought we’d be in and out of there in 20 minutes,” Kirwan said.

To her surprise, the midwife said she was going to have twins. “I nearly fell off the bed. We have no twins in our family. It took me a good week to get my head around it.”

The consultant in her local hospital said she needed to come in for regular check-ups, adding that she could not fly after 24 weeks due to the complicated nature of being pregnant with twins. Tenerife was out of the question.

The doctor’s note, seen by Money, said: “In light of the twin pregnancy, [she] is unable to fly. She needs to cancel her holiday.”

She cancelled her flights and was told by the travel agent she had used for the booking to make an insurance claim.

Alister Smith of IFM Insurance Brokers said: “The approach adopted in this case by NatWest seems to be unreasonable. We would expect most major insurers to pay the claim given these circumstances.”

What did NatWest say?
Despite repeated attempts to make the claim, and after speaking to several advisers, Kirwan was rejected by NatWest. She said: “They were rather rude as well as being dismissive of it. They asked me: ‘Are you ill?’

“I argued it was a complication in my pregnancy, that it’s not straightforward. But they said: ‘It’s not a medical condition. You’re not ill.’

“It was so patronising. I was on the phone, getting mad and getting hot flushes.”

She checked her insurance policy document, which is 42 pages long and begins with the words: “We promise to always be fair and reasonable.”

The policy makes no mention of what happens in the event of a pregnancy.

Kirwan said: “I have put all my wages into NatWest, because I trust it. Where is the customer loyalty? Can we just have a little bit of consideration and empathy? What is happening to us is life-changing.”

Sarah Pennells, founder of the adviser Savvy Woman, said: “This is not the first time I have come across women in a catch-22 situation like this. If they travel, they’ll be doing so against their doctor’s advice, which no would-be mother would be keen on; and if they don’t travel, they stand to lose the cost of their holiday.

“In this case it’s particularly frustrating because, if Kirwan wasn’t having twins, she’d probably be able to take her holiday. Travel insurers, banks and price-comparison sites have a duty to flag up that cover may be limited if you are pregnant.

“It is disappointing that NatWest’s call centre staff were unsympathetic. Even if their policy won’t pay out, they — and all financial companies — have a duty to deal with their customers in a polite and courteous way.”

After being contacted by Money, NatWest agreed to re-evaluate its approach. After seeing the note from Kirwan’s doctor, it said: “We assess each claim individually and, in this case, we are covering the cost.”

Beware the ‘minefield’
The rules surrounding pregnancy and travel insurance are far from clear, meaning unnecessary stress for pregnant mothers and their families.

Mackay said: “Unfortunately, this is a bit of a lottery and there is no consistent approach from insurers.

“It is a grey area and pretty subjective. If the ‘computer says no’, there is not a lot women can do about this.”

If you are trying for a baby, it is worth checking with your insurer what its approach would be were you unable to fly and had to cancel your trip. This may be far from straightforward, since insurers all have different approaches and getting hold of the right information can be difficult.

Pennells said: “Finding the right travel insurance policy to cover pregnancy can be a minefield. Some policies pay out only if there are complications with your pregnancy, while others will pay out if you have to cancel your holiday because your doctor says you’re not fit to fly. I do not understand why there isn’t a more uniform approach by travel insurers.

“It is not always easy to find the information about how the insurer will treat claims if you’re pregnant.

“I would advise anyone who’s trying for a baby to have a good look at the small print of their travel insurance policy.”

If you feel that you have been mistreated by your insurance company, you can make a complaint to the insurance ombudsman.