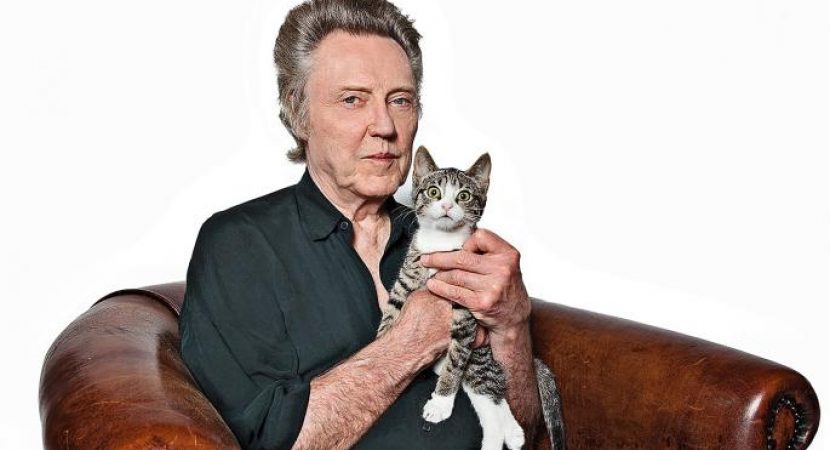 As a new book condemns our furry friends as killing machines, Sam Leith leaps to their defence

Dogs are for girls. Forget your stereotypes, your big-knickered spinsters stuffing tissues up the sleeves of their cat-hair-covered cardigans, versus your beefy skinhead being tugged through the underpass by a weaponised pitbull. These days girlie girls are most likely to be found with yappy horrid little dogs peeping out of their handbags. Real men keep cats. Imagine trying to put a cat in a handbag. Imagine. You’d need gardening gloves and a steady nerve.

With dogs you get slavish obedience, a cringe-making desire to be loved, a puddle of drool and the pilfering of food from plates. With cats you get good personal hygiene (sort of) and majestic indifference. The cat at all times is wearing an invisible T-shirt saying: “No f***s given.”

Kim Kardashian loves dogs. Christopher Walken — aka the scariest man in the world — loves cats so much he wrote the introduction to a book on cat care. Jon Hamm loves cats. Ed Sheeran has professed cat love from the covers of glossy magazines and his Instagram is wall-to-wall pussy. I rest my case. Nothing soft about a cat.

And their outlaw glamour was given a fillip this week by the bird-loving American academic Peter Marra, who says that cats have been responsible for 63 extinctions, and that the 8.1 million kitties in this country kill 275 million birds, rodents and lizards a year. He says it like it’s a bad thing! Promoting his new book, Cat Wars, Dr Marra went on the Today programme to say that strays should be killed and domestic cats locked indoors, or, if allowed out, kept on leads. (Kept on leads? I refer you to my remarks about handbags.) As you can well imagine, Radio 4 melted.

I know which side I’m on in the cat wars, in any case. Henry the cat is the longest-serving member of my household. She was here first, as I like to remind my wife when she gets out of line. Henry is a girl, but she’s so butch she even has a boy’s name. (Actually, her name was an accident; I thought she was a boy until I took her to the vet to be castrated and the vet explained that wasn’t the operation that would be necessary.) She has terrorised my house guests, annoyed my wife, woken the children in the middle of the night, covered the laundry in black hair, scratched and bitten me more times than I can recall . . . and she is the furry apple of my eye.

Sure, we’ve had our differences. There was the period, over which we now draw a veil, when she decided my duvet was a more comfortable place to take a dump than her litter tray. I wouldn’t have minded so much if I hadn’t been in bed at the time. And there was the dead mouse that she left under my pillow too; my hand curled around something cold and furry just as I was waking up one morning and — yikes. (I’m told that this is because she was trying to train me to hunt proper food. Didn’t work. She still gets Go-Cat.) Yet she provides me with endless comfort and entertainment.

A cat curled at the foot of the bed is a beautiful thing. And a cat that clambers to the top of a folding clothes horse and then falls off it, hitting every rung on the way down, before stalking out of the room with wounded dignity, is an even better thing. She helps to keep my kitchen songbird-free, and that’s the way I like it. And far from being a danger to the health of my children, as Dr Marra claims, I strongly suspect her of contributing to it.

Silent killer. Ambush predator. Jellicle. Scourge of songbirds. Pussikins. If there is a cat war going on, not only do I know which side I’m on, I now know who’s winning. Birds need to man up. And anyway, what’s 63 species of interchangeable little brown cheepers between friends?