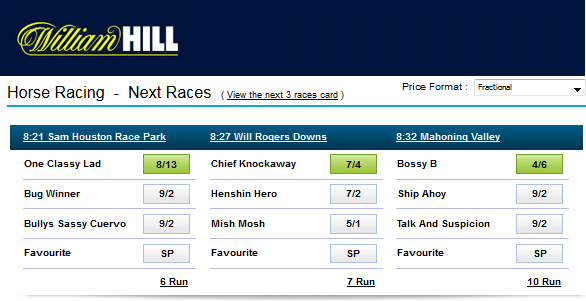 With the Grand National only a few short days away. Everyone is studying the stats in an effort to pick a winner. The bookie’s odds will give you some indications of the potential winner as well as identify the decided outsiders, however, ultimately the Grand National is rather unpredictable. Anything can happen during this long, tough race, and many horse fall victim to one of the 30 exceedingly challenging fences.

I’m not saying that I can predict the winner with complete accuracy. Unfortunately, I don’t have that skill, and if I did, I would be selling it to you rather than just filling you in here, in this post.

The good news is, however, that you can rely on some stats, and experts have identified a number of factors that can potentially point to the winner. This is not an exact science, as you can imagine, but nevertheless worth looking at these points.

The Horse Should be Older Than Eight

Horses below the age of are just too young and experienced to win. Stamina and jumping experience come with age. Back in 1940, we had a 7-year old winner and an 8-year old won in 2002, but apart from that, winners were always older and more experienced.

The Horse Should Be Younger Than 12

When a horse passes the age of 12, it begins to slow down, so much so, that its chances of winning the Grand National all but disappear. You’ve got the best chance of winning a bit of cash by picking a 9-. 10-. Or 11-year old horse.

This is one of the stats findings. Because the Grand National is such a gruelling race with so many jumps, horses carrying below 11 stone have a much better chance of winning.

Look For A Tough Horse With Plenty of Stamina

Look for a horse that has previously won a race longer than 3 miles, horses that haven’t, probably lack the stamina to win a long race like the Grand National.

Pick a Horse that Has Won Other Big Races

Nine of the ten last winner had won major races prior to the Grand National.

Look for a Horse with a Handicap Rating Above 137

Look for a Horse That Usually Jumps Well

The fences can win or lose a race for a horse-jockey pairing, so pick a horse that has done well over hurdles in recent times.

Make sure to check out jockey performances as well and select one of the more experienced riders.

If you apply all the above stats this year’s Grand National winner will be: Al Co, provided he runs of course! Let’s wait and see if our stats work! Wouldn’t it be just great to put a few pounds on and see this horse win!