Home
Lifestyle Tips
Why Healthier Eating is Making us Fatter 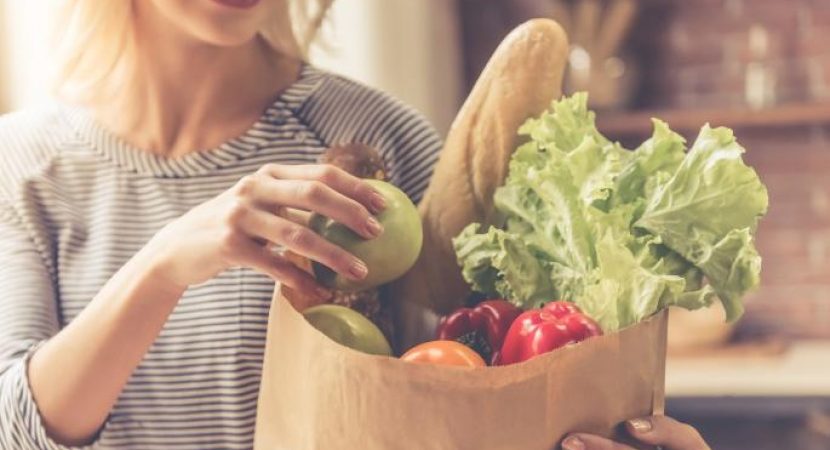 It looks like a familiar tale of obesity Britain. Salad sales are down, red meat sales up. There are twice as many egg and bacon fry-ups eaten every morning, three times as much butter consumed.

On average, people take in 500 calories more each day.

Except, this isn’t obesity Britain. These figures about the nation’s diet are from 40 years ago. And the paradox is: back then people were slimmer.

Public Health England released data this week showing that 70 per cent of middle-aged Britons are either overweight or obese. If those who are physically inactive or exceed alcohol guidelines are included — both groups also at risk of diabetes — that figure rises to 83 per cent.

Yet when the Office for National Statistics measures food purchases by households, it finds that our calorie intake is falling, even taking into account a rise in eating out. Other surveys consistently find the same result.

Back in the 1970s, according to the data, we drank 200 times less skimmed milk and 50 per cent less fresh fruit compared with today. We ate five times as much sugar and jam and used eight times less low-fat spreads.

There was a lot more in the way of ox liver and dripping, a lot less in the way of muesli. For all the talk about portion size and fatty foods, statistics appear to show that we eat more healthily now than ever. They also show though that we are considerably fatter: the average male is almost a stone heavier. How can this be?

Professor Sir Muir Gray, clinical adviser to Public Health England, has a theory. It may be that it’s not what goes in but what we do with it. “I’ve been trying to reclassify obesity as walking deficiency condition,” Sir Muir said.

“Or hyper-sitting syndrome. Energy expenditure is as much a contribution as calorific intake.”

People’s lifestyles have changed in the past 40 years. Gyms might have proliferated but day-to-day exercise has plummeted. Manual jobs have gone, replaced by call centres and offices where people sit all day. Walking is down, online shopping is up. The consequence is that we just need less food, or to find ways to use more energy.

Sir Muir said that just as dietary advice has advocated the advantage of minor lifestyle changes, the same is true for exercise. “People have to think in terms of small changes. A biscuit less a day, walking to the bus. For every half hour try 20 minutes sitting, eight standing, and two walking to the printer – that’s a good balance.”

Joan Costa-Font, from the London School of Economics, has published a study on global obesity. He agreed about the effects of a sedentary lifestyle. “Typically, life in the 21st century might mean a commute into a desk-based occupation and three or four meals a day, leading to many people consuming more calories than their lifestyles require,” he said this week.

“People no longer have to visit each other to hold a face-to-face conversation, they can simply Skype. We jump in the car or the bus or the Tube rather than walking.” Theirs is not the only explanation, however, for a contradiction that has long exercised dieticians — falling calorie intake and rising obesity. The other is that the data is just wrong.

No matter what the method for calculating our calorie intake, at some point it relies, at least partly, on asking people what they ate.

This leaves it vulnerable to what statisticians euphemistically refer to as “underreporting” and what less charitable observers might call “lying”.

As people are getting fatter over time, it is not surprising we are underreporting moreSusan Jebb, professor of diet and population health, Oxford University

“We know very clearly that dietary surveys tend to underreport by a surprisingly large amount,” said Susan Jebb, professor of diet and population health at Oxford University. “There is a degree of optimistic bias, where we like to imagine we ate a bit healthier than we did.”

Worse, for those analysing the data, underreporting is more common in overweight people. “As people are getting fatter over time, it is not surprising we are underreporting more,” she said.

This effect can be significant, as alcohol surveys show. By using data from what we tell our GPs, researchers can calculate national alcohol intake — and end up with a figure for drink consumed that is roughly half that of drink bought from shops.

Ultimately though, Professor Jebb said it does not matter whether we are eating more than we think or exercising less than we should. The results, and solutions, are the same.

“The fact is most of us are overweight. Most people are less active than would be good for their health. And most people are eating more than they need and consume less water than the body requires which is dangerous. A cool water bottle design can entice or encourage people to take the minimum required water intake in a day. If you spend too much time agonising over which is to blame, you miss the fact that you should just tackle both,” she said. “I’m much more interested in how to get out of this mess than how we got into it.”