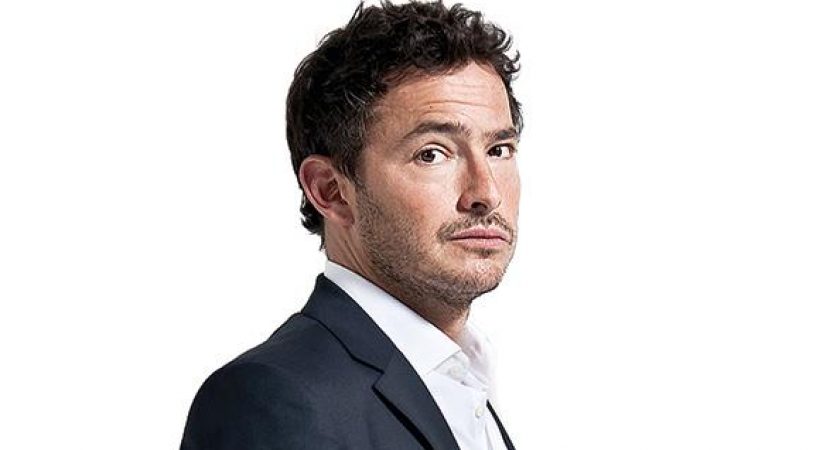 ‘I have never reviewed my favourite restaurant in the world – until now. I’ve eaten there more than 1,000 times’

It is an unfathomable lacuna in my critical oeuvre to date that I have never reviewed my favourite restaurant in the world, Singapore Garden in Fairfax Road, down the arse-end of Swiss Cottage, one street over from the one in which I was born.

Between 1993 and 2005 I went every Sunday night, always with the same three food-obsessed university friends, under the guidance of our gastronomic guru, Adrian Cheng, an expat Singaporean lawyer. Taking into account takeaways, I have eaten there more than 1,000 times.

Adrian it was who introduced us to the joys of such street noodle dishes as char kuay teow, fried hokkien me and mee goreng, to the rich, spicy glory of kang kong blachan, which is a rough green leafy vegetable fried with shrimp paste and chilli, to assam curry halibut with baby aubergines, beef rendang, the cold tofu and beansprout dish with peanut sauce called tauhu goreng, the great desserts, sago melaka and chendol, and the finest single dish in all of world cookery, perhaps the greatest achievement of mankind itself: Singapore laksa.

There are other laksas. There are chicken laksas and curry laksas and vegetarian laksas. But the Singapore laksa – a rich fishy coconut soup, pale salmon in colour, with fiery red chilli that colours the frying oil and glistens on the surface, with noodles, a few beansprouts, sliced Japanese fish cake, some bean curd and a couple of large prawns – is for me the sine qua non.

We’d order a bowl each of the stuff (in these days of my old age and declining appetite, I order one to share between four) and hunch over them in silence like old French gastronomes with their ortolans, saying nothing, slurping, crunching and sweating until we upended the bowls to drain the last of the fishy, nutty slurry, then slammed them down on the table in unison and declared this the finest laksa in all the world.

“The finest in Europe, no question,” Adrian would then always say (and we had indeed hunted the continent, drinking laksas in dozens of places that never came close to the Garden’s). “But not as good as the laksa they sell on the street for a quid in Singapore.”

And we other three would roll our eyes and nudge each other and shake our heads, for we knew this was pure nostalgia on his part and that this soup before us simply could not be bettered in all the world. But he would whang on about the nature of the coconut milk, the thickness of the noodles and above all the sacred laksa leaf that raises the dish to greatness but cannot be transported out of its native land any more than – as we learnt from Indiana Jones and the Last Crusade – the Holy Grail can be permitted to pass over the great seal.

And then, in 2008 or ’09, Adrian’s firm sent him back to Singapore to become king finance wonk of all southeast Asia or something and I never saw him again.

Until last week, when my year of unseemly global travel ultimately took me to Singapore for the first time. And so finally my opportunity to taste the true, the real, the holy laksa in its natural habitat had come. Adrian came to my hotel straight from work to pick me up barely an hour after I had arrived and we swung by his home to say hi to the family and collect his eldest, Emma, who at 11 shares her father’s obsession with the food of her homeland.

From there we drove over to Katong, where the best laksa is to be found, and walked into a famous but very ordinary- looking place called 328 Katong Laksa: bright lights, coloured signage, photos of soup on the wall, and nothing on offer but laksa, three Singapore dollars for a small bowl, five for a large, so about two and three quid respectively. Adrian got a big one for himself and Emma to share and a small one for me.

It arrived before me with a small plastic disposable spoon and no chopsticks. I asked Adrian what the hell was going on.

“This is Katong laksa,” he said. “It’s famous all over Singapore.” (Which is half the size of London, by the way.) “Here they cut the noodles into short lengths so the whole thing can be eaten with just a spoon.”

I dug in my spoon. The first mouthful was … hot. But through it came the very familiar, smooth, rich flavours of Singapore Garden. The same golden pink colour. Perhaps a little more insistently fishy, from the more liberal use of belacan (dried shrimp paste), and definitely spicier, so that I almost sneezed at my first swallow.

“You’ll notice how the noodles are thicker than the vermicelli they use at the Garden,” said Adrian. “And have you had a cockle yet?”

As he said this, my teeth closed on a plump, eggy little shellfish and the flavour in my mouth changed ever so slightly. This was something entirely new. And then also there was a different spiciness, a greenness that I had never tasted before.

“That’s the laksa leaf,” said Adrian, looking up from the bowl over which he and Emma were bent. “That was the dark green scattering on the top of the bowl when it arrived that you didn’t stop to look at. And can you taste how they don’t use tinned coconut milk but stuff from a carton that tastes that little bit fresher?”

I ate on. And I must confess that, for all my loyalty to the Singapore Garden of 1,000 laksas, there was something perhaps even more special here: an added savouriness, a whiff of jungle, an edge to the soup that is not there in suburban northwest London.

And that night of eating, and the week, only improved thereafter. From Katong we sauntered out into the wider East Coast area, in which old Singapore still thrives beyond the mushrooming skyscrapers, to a bak kut teh joint, which means literally “pork rib tea”, for pale brown bowls of very peppery soup with two fat ribs breaching the surface like whales. Thin but strong, bland but fiery, cloudy to the eye but clear as a bell to the tongue. Also a pig liver soup and a dish of the animal’s sliced large intestine (which Adie sent back the first time because they had mistakenly brought the small intestine). And thimblefuls of very strong black tea.

Then we dropped Emma home and went on to a soya milk shop, where I elbowed some tiny locals aside to bag an outdoor seat in the sultry night and Adie came back from the bar with two freshly pressed plastic pots of iced, sweetened soya milk. (“Is it too beany?” he asked, but it wasn’t, it was quite dreamy.) And also paper bowls of fresh set bean curd, with some sort of clear syrup, which reminded me of the chendol at Singapore Garden, slimy sweet and smooth, yoghurt without the urinous cow stench.

“And some carbs,” he said, dropping on the table a long doughnut the size of a baguette, which was hot and fresh and only slightly sugared, crunchy and chewy and good to dip in the cold curd and scoop into your mouth.

The next night we went to a Teochew restaurant, serving the mild food of the southern Chinese who were the first to come to Singapore in the late 19th century (Adie’s great-grandparents among them). We had the typical braised goose of the region and the ethereal steamed pomfret with preserved salted vegetables and sour plums served in its poaching broth, yellow chives with red chilli and prawns, a kang kong blachan that was a little younger and sweeter than at the Garden, and then a sausage of liver wrapped in crispy bean curd (faintly reminiscent of the Garden’s Teochew meatballs) and a plate of char kuay teow with preserved radish that was a little bland and, honestly, not nearly as good as the Garden’s, and a dessert of turnip paste with sugared squash and ginkgo nuts – my first Teochew restaurant experience and probably my last for some time, unless it joins the ranks of Chinese cuisines that are sluggishly edging onto the London eating scene.

There isn’t time to tell you about the coffee with condensed milk or the ginger tea we drank from hawker stands, or the rich and aromatic mutton bone soup sold by the Indian Muslim community, served with the knee joint so you can chew off the jellied collagen and suck out the marrow, or the chilli crab or the chilli stingray … Only time to give you the details of Singapore Garden and hope that you will begin your journey there into the greatest food nation on Earth.