Home
Being a Parent
Education
Denominational education is not to blame 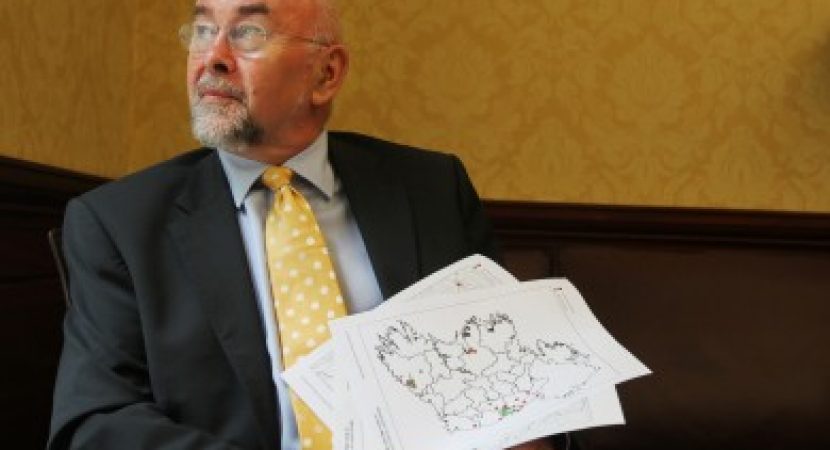 Separate schooling doesn’t fuel sectarianism or terrorism; it is tribalism, based on football, race or religion, that divides

The Scottish government has made education its top priority. John Swinney, the deputy first minister, has been given the portfolio and the first minister has given her personal endorsement to tackling the educational attainment gap. Changes had already been made to college structures and plans are afoot for education authorities to be regionalised. Moreover, discussions are ongoing about lightening the load for teachers and improving the wellbeing of pupils. Radical change from top to bottom in the educational world.

However, one area that isn’t being considered for review is denominational education. It’s sacrosanct in Scotland since the Education Act 1918 brought Catholic schools into the state system but ensured they remained as faith schools. Some areas in Scotland have many while others have few, including areas that traditionally have large Catholic populations, whether in the West Highlands or Western Isles.

Denominational schools are often remarkably popular. Many people of faith, including many in the Muslim community, prefer a faith-based education and opt to try and send their children there. Indeed there are many Catholic schools where the percentage of non-Catholic children is a significant minority. So much so that limitations are being imposed by the church and inquiries made of prospective parents regarding their religious commitments.

Many are remarkably good, which explains why parents have sought to access them for their children, irrespective of their faith or lack of it. But the number of children who are non-Catholic attending them together with a growing secularism in our society affecting even the Catholic church is undermining their intended ethos. Others, such as some in the Muslim community, have asked for similar opportunities to be afforded their faith. However, as the current system will not be ended, neither will it be extended and in these fractious times Muslim schools would be viewed as politically unacceptable — despite the decency of those who seek them.

As a politician, I’ve been on panels at elections over many years. Questions on denominational education will be met with a uniform response from invariably every candidate, irrespective of party affiliation, that they neither cause sectarianism nor are there plans to review them. However, when the same rolling electoral circus moves into an ethnic minority community or a mosque, questions about Muslim schools will invariably be met with replies that they are unnecessary, harmful or divisive. I know, as I have been one of those candidates and have made those arguments with colleagues from many other parties. But the logic to sustain one actually supports the other. The intellectual contortions are made by all politicians.

There are, though, similarities. Arguments about underpinning their faith through education and it being more than simply learning apply equally. Similarly, points made about a minority community suffering prejudice apply in the early 21st century as they did at the start of the 20th, albeit with a different group. They wouldn’t breed sectarianism and certainly not terrorism. However, they would be vehemently opposed and, in the current climate, somewhat understandably.

Separate schooling no more causes sectarianism than it would lead to terrorism. All schools uniformly condemn it and faith-based schools in particular. Nor does the curriculum or the religious involvement lead to any prejudice being engendered. Whilst they provide for the teaching of their faith, it never encourages prejudice or intolerance to others. Indeed, quite the opposite in my experience.

Many years ago, I interviewed a very successful Scottish businessman abroad. Asked for his reflections on his native land, he recalled playing as a wee boy with his friend and then being separated from him when they went to different schools. That was done on the basis of their religion, which he had never been conscious of before.

He thought that was wrong and in his adopted land, which was a very multi-ethnic country, his children went to school with youngsters of all races and religions. He remained a Catholic by faith but sent his children to the local school where they learnt about all faiths.

I had never questioned the divide that existed in Scottish education. It was simply a fact that only a path separated my school from the one a friend in the street attended. And so it has remained.

But what it does lead to, as that successful businessman pointed out, is tribalism. Much of the sectarian crime that continues to afflict Scotland is not predicated on religion but on football affiliation, which has a religious sub-context. It’s the football rivalry that generates the bigotry, as those perpetrating it are rarely if ever to be found in a church or chapel. As the team colours divide, sadly so can the school attended. Hence that often nuanced and invidious question in Scotland about which school you went to. Separate schooling doesn’t fuel sectarianism but it does create a divide.

There has been a recent spat between the Humanist Society and the Catholic church, which has been rather sad and unedifying in many ways. I have respect for and see some right in both arguments. However, despite the review on older pupils attending religious assembly, no further consideration will be given to reviewing faith in schools. That’s despite financial pressures on both the school estate and staff provision. Other aspects of the public sector and even education are undergoing rationalisation but it will not apply to denominational and non-denominational schools. It is just a given in Scotland, or so it seems.

Scotland is a vastly different society a century on — multicultural and multi-ethnic with many more faiths and many people with none. However, sectarianism, Islamophobia and other forms of bigotry continue to scar us. Ignorance of faiths and misunderstanding of religions afflicts us and fuels that prejudice and intolerance. Tribalism still divides us whether football, religion or race. I cannot help thinking that a greater understanding of all faiths would be better for our young people, as would all children attending the same school. But, it won’t happen any more than Muslim schools will be established.