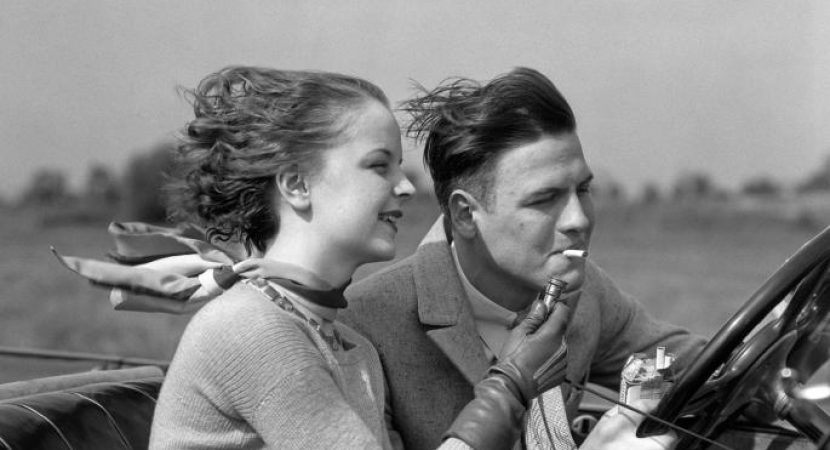 Children are drinking and smoking less than ever, according to an NHS survey that points to the cleanest-living generation on record.

Experimentation with alcohol among under-16s is down by two thirds since 2003 and the number of children trying cigarettes has fallen by three quarters. Public health leaders praised a crackdown on under-age sales for improving child health but warned of little progress on exercise and obesity. About a third of children are too heavy while only one in five is as active as they should be, according to data from 14,000 adults and children, of whom 7,000 were examined by a nurse.

Nine in ten mothers of overweight children do not see that they are too heavy and experts said that Britain was becoming “oblivious to obesity”.

The most dramatic changes seen in the Health Survey for England were in childhood vices, with only 4 per cent of those aged 8-15 having tried a cigarette, down from 19 per cent in 2003. Sixteen per cent had had an alcoholic drink, down from 45 per cent in 2003. It means that children are avoiding picking up bad habits at a particularly impressionable age. The report suggests that the fall could be the result of new technology as well as more conscientious children and better parenting.

Gillian Prior of NatCen, which collected the data for the NHS, said that clampdowns on under-age sales had contributed but argued that children were more likely to spend time on social media rather than drinking. “We should not underestimate the importance of changes in the nature of childhood; changes in technology and society mean that teenagers spend their time in a very different way compared to 15 years ago,” she said.

Helen Stokes-Lampard, chairwoman of the Royal College of GPs, said: “It’s good news that children are making better decisions around smoking and drinking alcohol, and are taking heed of public health warnings around the dangers of cigarettes and alcohol.”

Bars and off-licences have become more strict about sales to teenagers. Henry Ashworth, chief executive of the Portman Group, a drinks industry body, said the findings indicated “that the combination of robust ID schemes, life skills education and programmes to tackle under-age drinking are having a real impact”.

Restrictions on smoking have been even tighter. In the past decade the legal age for buying tobacco has risen from 16 to 18, sales from vending machines have been banned, displays of cigarettes banished from shops and graphic health warnings added to packets.

Deborah Arnott, chief executive of the anti-smoking charity ASH, said: “These results are encouraging and show the importance of having a clear strategy in place to tackle smoking [which is] the leading cause of premature death and disability in this country.”

While more than a third of teenagers who had tried smoking had also tried an e-cigarette, only 2 per cent of non-smoking children had done so.

Dame Sally Davies, the chief medical officer, said: “We should all be concerned that people cannot always recognise what is overweight or obese and what is healthy . . . Parents need to be aware of the facts.”

Neena Modi, president of the Royal College of Paediatrics and Child Health, said that the findings “make it easy to see why the prevalence of obesity in the UK is not going down. The worrying truth is that families and society at large are simply becoming oblivious to obesity because it has become so common.”