Home
House Stuff
How to bring an old house, and its spirits, back to life 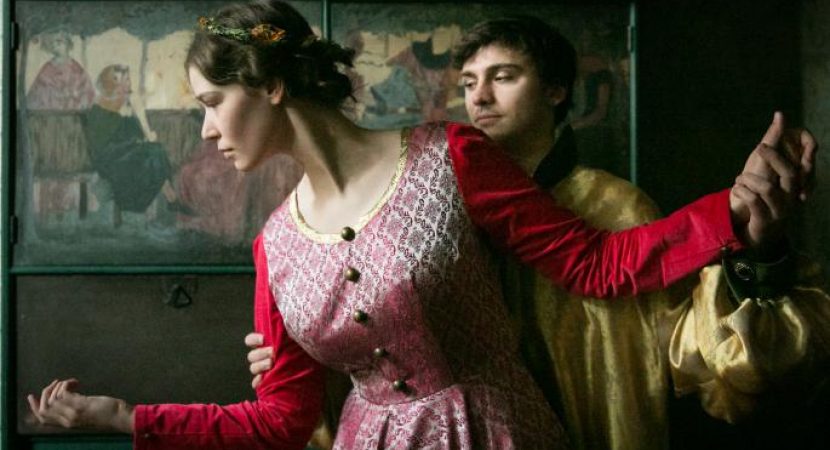 The multimedia theatre company Palimpsest is putting on bespoke plays in historic piles such as William Morris’s Red House. Just watch out for ghosts

Be careful what you wish for. When Katherine Tozer wrote a blurb for her multimedia theatre company Palimpsest saying that they “summon hauntings” at the historic houses where they stage their shows, she was being metaphorical. Recent events have made those hauntings feel a bit more literal.

Not that Tozer, a head-screwed-on 40-year-old actress turned producer and director, is the sort of person you’d expect to start blaming ghosts for production mishaps. And yet she can’t figure out another way of explaining what has been going on at her latest show.

If I Can is a depiction of the lives, loves and art of William Morris and the pre-Raphaelite painters who lived with him at the Red House in Bexleyheath, Kent, in the first half of the 1860s. Visitors don a set of headphones to listen to an impressionistic audio drama full of the group’s poems, writing and personal dramas, while wandering around a house also populated by actors wordlessly playing the young Morris; his wife, Jane; the painter Edward Burne-Jones and his wife, Georgiana; and the painter Dante Gabriel Rossetti (with whom Jane was having an affair) and his muse, model and wife Lizzie Siddal.

I wanted to know what actually happened in these houses

Or they would do, at least, if they could get in the door. On the day I visited recently, the front door was locked when the audience tried to make their way in at the start — even though the company had checked a couple of minutes earlier that it was open. Twice before that, on other days, the back door was found to be bolted during the running of the show, although there was nobody there who could have done this. The day after my visit, the heavy front door inexplicably swung open once the show had started.

“It had never occurred to me that such a thing as ghosts could exist,” says Tozer. However, it has discombobulated the cast. “And I’m struggling to come up with a logical reason for it. I’m just hoping we haven’t actually summoned them up.”

Take it as a thumbs-up from the spirit world for an approach that tries for something more resonant than your standard-issue old house offering of guides in period clobber. Tozer first visited the Red House, which Morris built as a young man in 1860 with the architect Philip Webb, 18 months ago. She and her composer and sound designer, John Chambers, realised it was a cold sort of a property — literally, since Morris and Webb had got their easts and wests mixed up and built it facing in the wrong direction. “And I think that helps with the rather ghostly feeling,” says Tozer. “Even as you are watching or listening to the play you can feel that it wasn’t a house that you would necessarily be cosy or at ease in.”

It could be that there is someone with a macabre sense of humour secreting themselves in the Red House for these twice-nightly performances. Or this could be the kind of thing that Tozer and company will have to get used to as Palimpsest’s multimedia hauntings visit more historic homes over the next few years.

She wouldn’t say that business is booming exactly — after four years running Palimpsest she knows that her job is “an awful lot of work for something that is never going to be hugely remunerative” — but it is “hugely rewarding” and it is growing fast. Tozer now has organisations such as Historic Royal Palaces and English Heritage interested in working with her.

It started as a sideline to her acting but has become her main job. She wrote Hedda, a 75-minute version of Ibsen’s Hedda Gabler, to be played at the sort of grand house where Hedda and her eager-to-please husband might have lived. “I’ve always wanted to know what actually happened in those houses rather than what came later. How people might have screamed and shouted, or babies cried. Rather than looking at pictures with labels on them saying this was painted whenever. I feel so alienated by a label on an old chest saying this is an old chest don’t touch it, don’t this, don’t that. Well, why am I here? These places have only survived because they have got a story to tell otherwise they would have been bulldozed or turned into flats.”

In showbusiness, as in the heritage business, as in every other business, success leads to success. Hedda toured several London houses, including Fulham Palace, Kenwood House, the Foundling Hospital, and Leighton House in Holland Park. This got them seen by a lot of people who not only visit historic houses, but run them too. So while Tozer imagined the next step might be Chekhov in grand houses — and that’s still a hope — what happened was that she received commissions from people to do shows specific to their buildings, to their histories.

So the second Palimpsest show was The Muse, an installation drama for Leighton House about the painter Frederic Leighton and Dorothy Dene, the model with whom he had an affair in the 1860s. It was the first time Tozer had written something from scratch but she relished the chance to go into the house’s archive and research her subject. It plays there again next spring. And, what do you know, the people who run Dr Johnson’s House in London came to that one, and asked her to write Playing to the Crowd, a celebration of the 250th anniversary of Johnson publishing the unexpurgated version of King Lear. Tying in with the 400th anniversary of Shakespeare’s death this spring, it also visited the Garrick Club and Blacks Club in Soho.

More is to come, including, Tozer hopes, Palimpsest’s first shows outside London. She is writing a piece for radio about Noel Chavasse, a doctor twice awarded the Victoria Cross in the First World War, who also ran for Great Britain with his twin in the Olympics. Their father built Liverpool Cathedral and founded St Peter’s College, Oxford. She hopes it will be broadcast on the centenary of Noel’s death, on August 4, 2017, before she goes on to stage it in Liverpool and Oxford.

It was a daily meditation on Hedda Gabler, while in reality I was getting on with my family and the dishwasher

Her work, she says, is about “summoning an impression of what may have happened. A feeling. That’s what I’m obsessed with, wondering what these houses must have felt like. I’ve always found it slightly irritating, people wandering around in polyester dresses and talking to you about how they make butter. And I thought it was a bit of a missed trick that these places are essentially a stage waiting to be inhabited.”

Tozer’s desire to make a trip to an old home into something more lively dovetails with her desire to do the same for classical theatre. Which is not to be confused with interactivity. Or, shudder, audience participation. Tozer once appeared in a production of The Winter’s Tale in Bath in which the audience was suddenly asked to come on stage, in bright lights, in Act IV.

“The characters were talking directly to the audience too,” she says. “And I have never forgotten the look of naked fear in the audience members’ eyes. I have never got over that. I think it’s not viable. We will allow you to look at us but at no point will we break the reality that you are not there.”

It’s up to you to decide, then, whether the characters are haunting you or you are haunting the characters. Either way, you won’t be doing it for more than an hour, tops. “I can’t bear to sit for three hours anywhere. I think it’s a real sign of the times that you cannot hold anyone’s interest for longer than an hour. I don’t want to try.”

Instead they try to supplement the experience online: Tozer tweeted as Hedda Gabler for almost two years before her first night. “It was a daily meditation on Hedda Gabler, while in reality I was getting on with my family and the dishwasher and whatever, but in my Twitter life I was slowly but surely going mad.”

The logistics, she admits, can be daunting: putting on Hedda felt like “mounting eight different weddings”. She concedes that her attraction to trying to recreate the true atmosphere and feel of an old house might have something to do with her peripatetic childhood. She and her brothers lived on a farm until her parents lost it when Tozer was very young, in the early 1980s. After that her father became a window cleaner, her mother carried on working as a paediatric physiotherapist, and the family moved to various homes, various schools.

“A standard background for actors,” she says with a chuckle, “very unsettled. So I am very keen to imagine the stability of a big house. The farmhouse we lived in when I was very little was large, with a stone flagged floor that I remember resting my head on when I had earache and it being mercifully cool. It wasn’t grand but it had a history to it, with an ancient quad of granite farm buildings.”

She studied English at Oxford, where she did a lot of acting and directing too. Afterwards she moved to London with her friend the playwright and director Nina Raine. At Oxford they had tried to put on a production of Harold Pinter’s short play Ashes to Ashes, but couldn’t get the rights. Then, when they both began waitressing at the River Café in London, they mentioned their ambition to their boss, Ruth Rogers. Hey presto, she mentioned it to her friend Harold Pinter, and he agreed to let them do it — so long as he was involved in the rehearsals and staging.

Tozer spent her 23rd birthday in September 1999 staging the show at Ruth and Richard Rogers’s house in Royal Avenue, Chelsea, with an invited audience including Pinter, Peter Hall, Richard Eyre, Salman Rushdie, Martin Amis and Ian McEwan. “In retrospect I can hardly breathe at the thought of it,” she says. “At the time I was so young and green I didn’t realise how important any of these people were.”

So Tozer’s career has been bookended by putting on productions in other people’s grand houses. For the moment, with a nine-year-old and a six-year-old at home in west London, running Palimpsest suits her better than being just an actress for hire. She may go back to doing that too. First, though, she’s got more ghosts to summon in Bexleyheath and beyond.